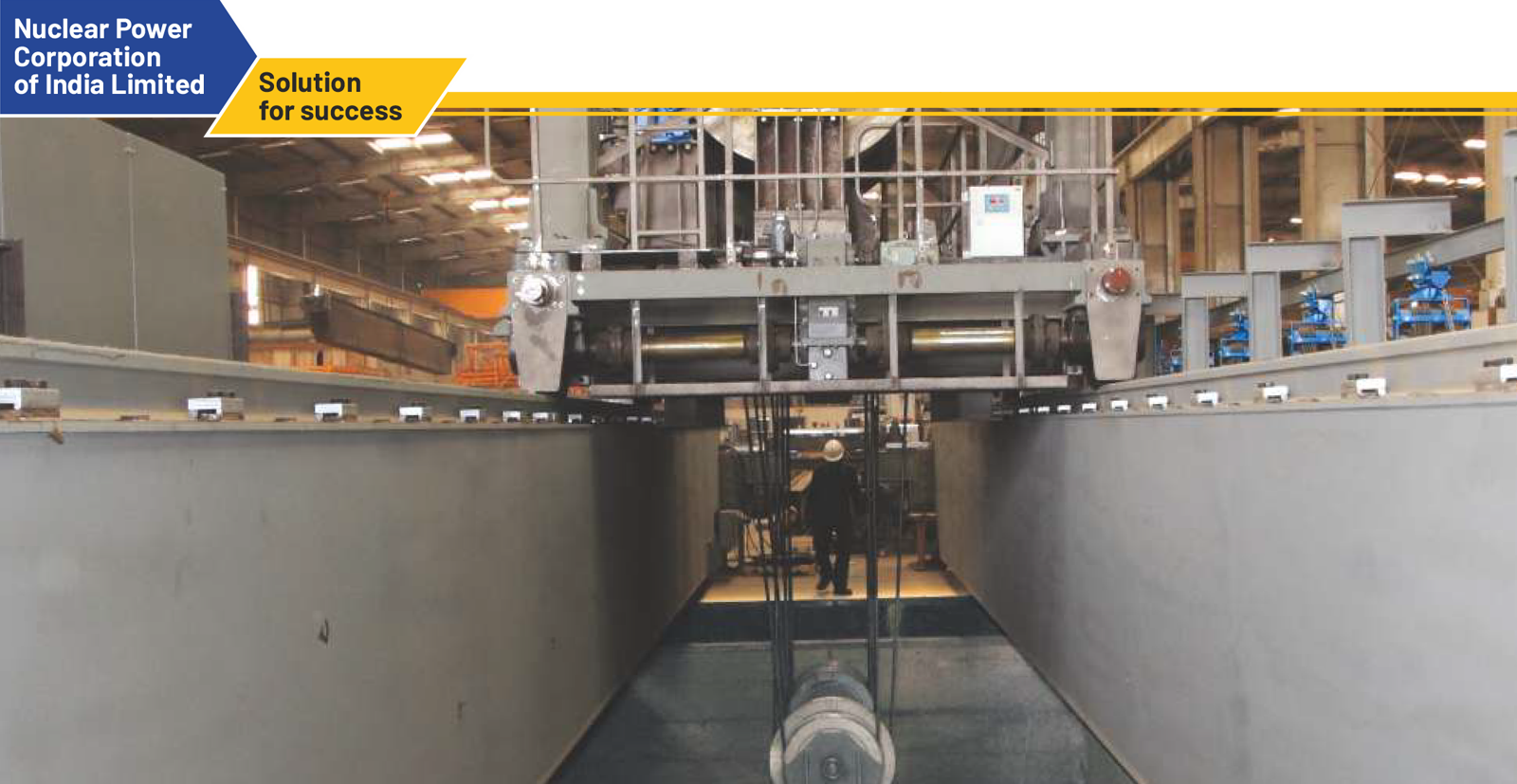 NPCIL is a Public Sector Enterprise under the administrative control of the Department of Atomic Energy, Government of India. It was established in 1987 with the objective of implementing atomic power projects for generation of electricity. It is responsible for design, construction, commissioning and operation of nuclear power reactors in India. One such major project is the expansion of the Kakrapar Atomic Power Plant (KAPP) with two more units

For the 3rd and 4th units of KAPP, NPCIL sought a competent and experienced crane manufacturer with the capability to design, manufacture and commission 29 EOT cranes according to the critical requirements of the project while being able to adhere to stringent quality norms.

The cranes are to be operated at crucial locations in the reactor building, reactor auxiliary workshop and mechanical workshop of the nuclear power plant

A Single Failure Proof crane has redundant systems and mechanisms built into it as a measure to prevent untoward incidents. This backup system ensures that the work cycle is completed in the remote possibility of one system or mechanism failing. In the case of these cranes, it means that if a load carrying system or mechanism suffers a failure, the full load is taken by the backup or redundant mechanism. This, in turn, prevents any major catastrophe in case of failure of any load carrying component in the system.

Why is this required?

These cranes operate in critical areas of the Nuclear Power plant – two at the top of the reactor building dome, directly above the nuclear reactor and one in the common Spent Fuel Storage Bay (SFSB) of the two units. These locations and nature of the load to be handled naturally demand a very high level of safety, necessitating the need for Single Failure Proof cranes.

How is this achieved?

ElectroMech has provided NPCIL with two types of Single Failure Proof cranes, each achieving the SFP criteria through a different solution.

In the 60t cranes, the required redundancy is achieved by using two independent load paths through two rope drums. Both the rope drums are driven by separate gearboxes and motors, synchronised to ensure equal displacement of wire rope in each load path. Each load path is designed to hold the rated load. The rope paths are taken on alternate pulleys to maintain equilibrium of load in case of failure of one rope system. The hooks used are of dual design with dual attaching points, thereby if one attachment fails, the other load path continues to support the load.

The 75t crane has a unique three hook arrangement to a yoke. This includes a main hook of 75t and two 40t hooks on either side. They are positioned in such a way that the composite lifting assembly meets the requirement of single failure criteria. During regular operation, the load will be lifted by the 75t hook and in case of failure of this hook, the load will be borne by the two 40t hooks in order to ensure that there is no operational breakdown.

NPCIL and the quality team at ElectroMech worked rigorously and in close integration with each other to ensure that the cranes meet the required safety parameters. A detailed Quality Assurance Plan (QAP) was devised to follow the quality standards step by step at every stage of the crane development keeping in mind that zero error is achieved.

The QAP followed a 5 stage process which can be elaborated as follows:

Defining, drafting and finalising of the quality plan and procedures with respect to the requirements of NPCIL, and obtaining the approvals on these procedures and schedules from NPCIL’s design and quality team

Raw materials inspection (steel & forgings) - A well documented/ detailed material identification process was followed along with stamp transfers of materials from NPCIL for all the raw materials and components. The Non Destructive Examination (NDE) and testing of all material and components were observed by the NPCIL team at NABL accredited labs.

Safety-critical and function-critical outsourced/bought out components - Several tests were conducted for each component to verify it as per quality parameters. Some of these were:

Full crane functional testing for load and overload test was observed by NPCIL at our plant for various conditions and parameters.

The handling challenges at NPCIL : Crane 1

One of the biggest challenges while designing this crane was that the Single Failure Proof crane for the 700MW reactor was to be made with the same dimensional constraints as a regular EOT crane. Moreover, the span of the crane for the 700MW reactor is 21m as compared to 10m for a crane in the earlier 500MW reactors. This made the design and arrangement of the crane components a daunting task while meeting the dimensional

Design to ensure structural integrity during a seismic event was called for. The crane structural needed to be designed for Safe Shutdown Earthquake (SSE) and Operating Base Earthquake (OBE) standards as per the furnished Floor Response Spectra.

For the design and qualification of the plant the Safe Shutdown Earthquake (SSE) standard is adopted. In simple language, this means, in the eventuality of an earthquake it must be possible to shut down the plant and equipment safely. Similarly, the intensity of the Operating Base Earthquake (OBE) is related to the production period of the Nuclear Power Plant. After an OBE, it should be possible to shut down the plant safely and further operation of the plant and equipment should be possible after checking and a certain amount of repair work.

The Floor Response Spectra is tabulated data that gives the acceleration forces that may act on the crane in the event of an earthquake. These acceleration values are a function of equipment frequency and the elevation (i.e. crane location) amongst many other factors. By using the data provided by NPCIL for the particular site location, the crane structure was suitably qualified.

The special design called for use of special/non-standard materials. For example, MS plates of grade E350 instead of conventional grade E250 were used for girder fabrication, square tubes were used for trolley fabrication and caliper brakes were used, to mention a few. Welding Procedure Specification (WPS) and Procedure Qualification Record (PQR) were re-established to meet the customer requirement as per American Society of Mechanical Engineers (ASME).

Above all, a stringent quality plan was followed in which material was tested to meet the highest quality standards at each stage of the production cycle - from raw material to finished component.

This crane will be used mainly for handling of Primary Coolant Pumps, which are located directly above the reactor. The secondary application is for erection & maintenance related activities of all the equipment within the reactor building.

Our design team, along with the NPCIL design team, conceptualised a double-decked arrangement of the trolley mechanism. The design of this trolley with a height of approximately 6.5m and sitting on top of the reactor building was successfully undertaken by our design team. This new concept was endorsed by the NPCIL team, so much so that the same concept will be adopted in unit 7 of their Rajasthan Atomic Power Plant as well.

The ElectroMech design was reviewed by the NPCIL design team and handed over to a third party for analysis using software to simulate more virtual conditions. Finally, after detailed engineering and analysis, the structural design was approved. This was tested for full load and overload in our factory before despatch in the presence of a specialist team from NPCIL, QS Pune team which inspected the cranes for assuring quality and NPCIL Mumbai team which provided support regarding the design inputs at several stages. Several tests were conducted by simulating even the rare possibilities and our cranes satisfactorily passed all of them

The handling challenges at NPCIL : Crane 2

Designing a Single Failure Proof crane is always a challenging task. There were a few more additional constraints while designing this crane, such as its span being only 6.8m. This demanded the trolley including redundancy machinery, safety equipment like caliper brakes and auxiliary machinery to be tightly accommodated in a crab area of 6.5m X 5.5m.

This crane will be used to handle spent fuel rods in the Spent Fuel Storage Bay, where they will be stored in spent fuel pools. Spent fuel rods from the nuclear reactors are stored for 10 to 20 years in storage pools that are typically 40+ feet deep. These pools contain water, which acts as a shield to prevent radiation from entering the atmosphere as well as cools the fuel assemblies that continue to produce heat (called decay heat) for some time after removal. The bottom is equipped with storage racks designed to hold fuel assemblies. Used nuclear waste, in the form of tiny pellets, is loaded onto metal rods that are then bundled into a 'fuel assembly'. The assemblies are stored inside casements that are then submerged in cooling pools. The application of the 75/30t Single Failure Proof crane supplied by ElectroMech will be able to handle these casements. Needless to say, this is a very critical application, requiring the highest levels of safety, reliability and precision.

The crane lower block has been provided with three hooks - a 75t main hook and two 40t hooks on either side. They are positioned in such a way that the composite lifting assembly meets the requirement of single failure criteria. During regular operation, the load will be lifted by the 75t hook and in case of failure of this hook, the load will be borne by the two 40t hooks.

This lower block gets engaged with a 3-pin arrangement to a specially designed yoke, which is a lifting attachment with four 25t hooks. This yoke will handle the spent fuel casements kept underwater.

Stringent guidelines, right from the raw material to manufacturing and testing were specified by the customer considering the critical nature of the application. Some of the special requirements for the underwater application include galvanising the lower block and treating the yoke hooks with manganese phosphate, which is used for corrosion protection against the intensive underwater application. This coating treatment to the hooks enhances the overall life cycle making it durable in extreme conditions. 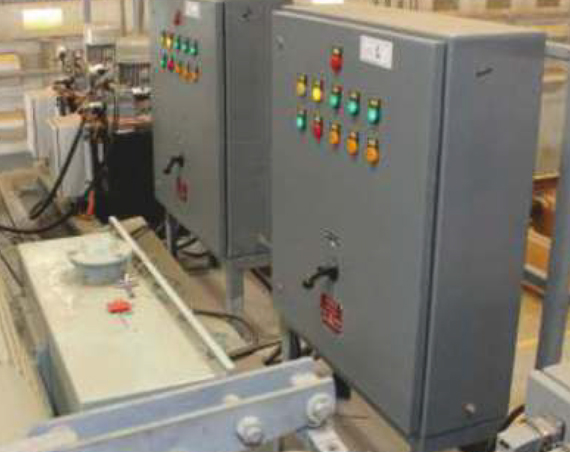 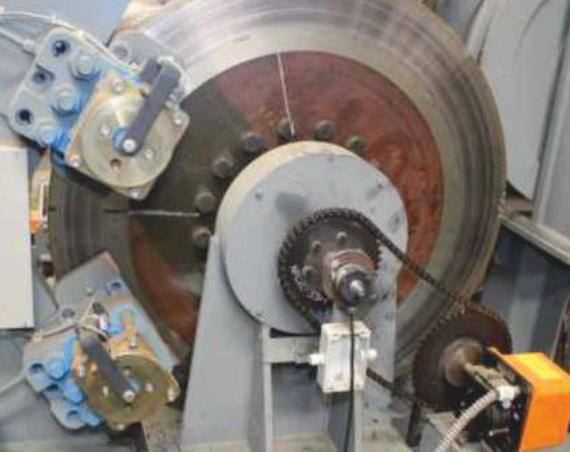 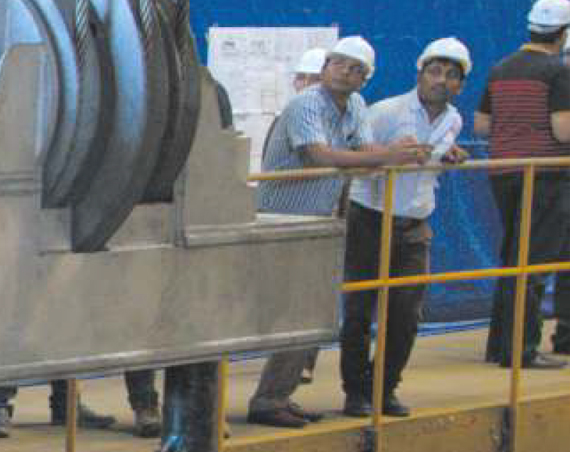 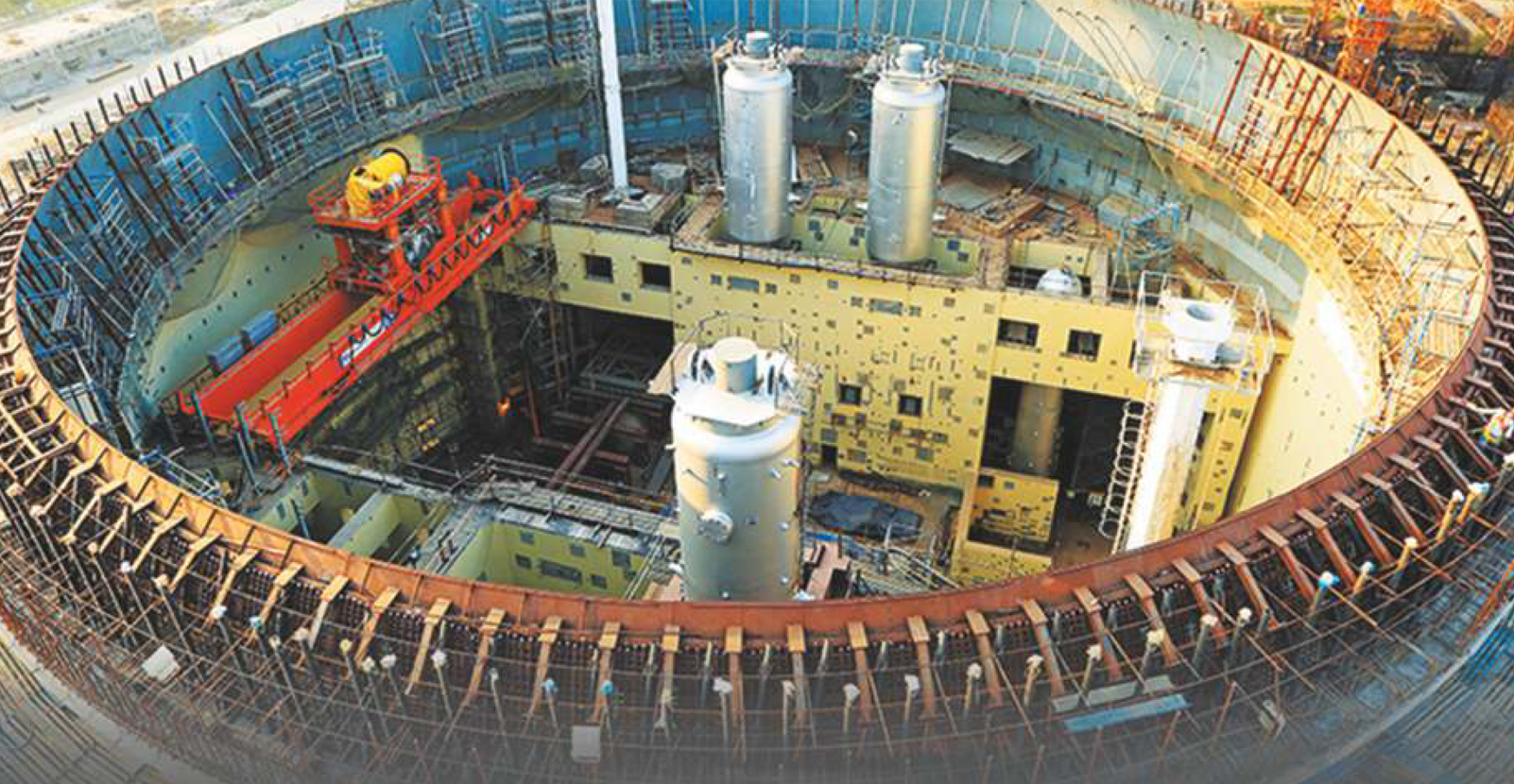 How NPCIL benefited from ElectroMech solutions